Only 33 percent of U.S. physicians are independent, and they are hanging on in a hospital-dominated industry, determined to keep their autonomy.

"Nothing beats being your own boss," says spine surgeon Kern Singh, MD, of Chicago-based Midwest Orthopaedics at Rush. "Being able to determine your work hours, your practice management and your staff is why we became physicians."

Although employed by Detroit-based Henry Ford Health System, spine surgeon Stephen Bartol, MD, MBA, director of Michigan Spine Surgery Improvement Collaborative, agrees with the sentiment: "A lot of us went into medicine because of the independence, and with hospital employment there is a loss of freedom to practice the way you want."

But in the current tumultuous healthcare landscape, hospital employment may present the only option for survival. The Affordable Care Act has shifted the economics of healthcare, resulting in health systems and payers consolidating to gain better market positions.

"Those two groups [healthcare systems and payers] are growing in size and strength, and physicians are left as individuals up against very large and powerful organizations," says Dr. Bartol. "Employment relationships [allow] you to align yourself with more powerful players in the new economic landscape."

Dr. Bartol emphasizes physicians considering hospital employment should closely analyze the contracted relationships with potential employers. “Ensure you will play a significant role and are able to build a power base within that organization.”

"You need to be in a situation where you can influence the decisions being made in the hospital," says Dr. Bartol. "You need to move decision-making in a direction that is beneficial to your specialty."

Dr. Singh recommends physicians fully understand hospital employment expectations and how you will receive reimbursements. "Also, carefully look at your non-compete clause in case you change your mind. A good contract lawyer is essential!"

Dr. Singh recognizes the obstacles of independent practice, seen in areas like electronic records implementation and insurance claims denials. But, he suggests aligning with other like-minded physicians.

"Independence may not be as important as maintaining private practice," says Dr. Singh. "If your partners are similar to the way you think and practice then growth becomes harmonious and natural."

Will employment or independence win out?
The pendulum will swing the other way, in Dr. Singh's eyes, as hospital reimbursements decrease and consequently cut employed physician salaries.

"Ultimately, a balance will be struck, especially as hospitals and doctors continue to align toward common goals, with the upcoming payment of care model being rapidly implemented," says Dr. Singh.

Dr. Bartol, however, estimates between 35 percent and 40 percent of spine surgeons will be in employed relationships in five years. With the continued push toward value-based care, he says individuals will not possess the necessary resources to produce maximum benefits required under the new systems.

Payers will seek fixed costs, and physicians will need to reduce the risks associated with fixing costs at lower levels. To do this, physicians must produce a great amount of volume, and hospitals provide the key to achieving significant volume.

Physicians need not relinquish all independence, however, says Dr. Bartol. Ample opportunity exists to move spine into the outpatient arena. Spine surgeons will be able to develop their own products and bundled payments within the ASC landscape.

"I think what we'll see is more surgeons will have a blend — performing major work in the hospitals and whatever additional work will be done independently in the ambulatory surgery centers," says Dr. Bartol. 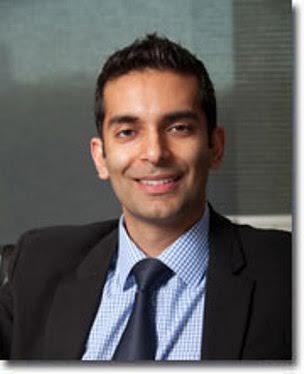