Robotic guidance for spinal surgery is becoming more prevalent around the United States with advanced technology and effectiveness studies available for surgeons and providers.

Mazor Robotics is currently the only company with an FDA-cleared mechanical guidance system — the Renaissance® system — for spinal surgery applications. Last year, the company reported 111 percent increase in annual revenue and ended the year with 34 Renaissance systems installed in the United States and 63 systems globally. 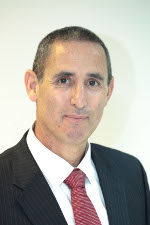 "The systems are used today in a very wide range of spine procedures," says Mazor Robotics CEO Ori Hadomi. "Our vision is to further develop the Renaissance system to become the spine surgeon's toolbox, so that it will be intuitive and add value in a wide range of procedures and indications. Our technology has been able to help surgeons convert some of their open cases to less-invasive procedures." Mr. Hadomi added, "We believe that the promise of robotics in spine surgery is in aligning planning and execution: state-of-the-art procedures by facilitating predictable results based on diligent planning."

The company announced last year that 118 patients had more than 590 screws implanted at the University Medical Center Mainz in Germany with 99 percent accuracy.

"The accuracy of placing the screws is the biggest advantage," says Payam Moazzaz, MD, a spine surgeon 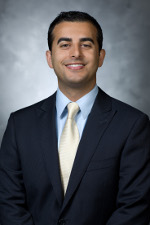 with Tri-City Medical Center in Oceanside, Calif. "Even in my complex revision cases and severe scoliosis cases, the robot gets it right every single time. I feel very fortunate to be able to say that since I started using the Renaissance system over two years ago, I have not had one patient with a malpositioned screw. This allows me to focus on other parts of the surgery and gives me peace of mind that I have technically done the best surgery possible for my patients."

"I don't think there will be a time when we robotize all spine surgeries," says Mr. Hadomi. "I think moving to independent robots is not what the market needs." I believe it is critically important to keep the surgeon in full control and allow him to have the feel of the anatomy, while leveraging the technology to add value where it can."

The system may also help in reducing the amount of radiation exposed to surgeons and patients, which can be high when using fluoroscopy during minimally invasive procedures. At the North American Spine Society Evidence & Technology Spine Summit earlier this year, Dr. Moazzaz presented his research showing patients receiving robotically-assisted screw placement had lower intraoperative radiation exposure, especially as the number of instrumented levels increased.

"I was trained in minimally invasive surgery as well as lateral access surgery and as we all know, while the incisions are smaller, the surgeon relies very heavily on fluoroscopic images to 'see' what he or she doesn't see under direct visualization," says Dr. Moazzaz. "The long-term health effects of this on MIS surgeons performing these procedures over their career of three or four decades are very concerning. The research that my partner, Dr. Neville Alleyne, and I have published at Tri-City Medical Center shows a dramatic decrease in radiation exposure not just to the surgeon, but to the entire operating room team, as well as the patient."

As a result of these findings, Dr. Moazzaz and his team no longer wear lead aprons during spinal fusion procedures when using the robotic technology. His research also shows patients left the hospital an average of 1.1 days sooner than patients who were treated without the Renaissance system. However, he also believes more research is needed before surgeons can really understand the clinical and economic impact robotics will have on spine surgery.

"The reasons for [patients leaving the hospital earlier] are likely multi-factorial, but we believe this is a direct result of the Mazor Robotics Renaissance system allowing us to perform our surgeries faster and more efficiently with less anesthesia time and blood loss, smaller incisions, and without multiple passes through the pedicle with a gear shift probe," says Dr. Moazzaz. "The robot quickly finds the correct path on the first try every single time and this translates to patients getting up and walking the same day as their surgery with less pain and leaving the hospital sooner."

When surgical time, recovery time and hospital days are reduced, the overall cost of care is lowered. However, hospitals still must go through the appropriate committee channels and financial considerations before purchasing the Renaissance system.

"Often times, it may take a month to six weeks to get the surgeon to support the purchase of the system but then we spend several months working with the administration on preparing the proposals and agreements," says Mr. Hadomi. "Most of the challenges and uncertainties come in the decision-making process with the hospital administration."

Mazor Robotics is working on many technology innovations for the future. The company recently announced that they will be introducing a new brain module later this year. The Renaissance brain module can be used for procedures such as brain biopsies and Deep Brain Stimulation. There have been approximately 50 brain cases performed with this technology to date.

"We are growing right now in the United States, and we believe we can triple the number of minimally-invasive cases with Renaissance relative to the proportion of minimally-invasive spine surgeries in the market right now," says Mr. Hadomi. "The ability to use the robot to achieve consistent results independent of the clinical conditions of the level of invasiveness has been realized. I believe that consistency and predictability are very important in the spine world today and represent a major part of the spine robotic vision."

Dr. Moazzaz and his team will continue to collect data and publish articles on their findings over the next few years. Further research will examine how robotic technology impacts patient outcomes.

"For example, by placing the largest screw size in patients with osteoporotic bone without the need to make multiple passes through the pedicle, will likely affect the stability of the construct," says Dr. Moazzaz. "While this is an example of a biomechanics study, the implications of this ultimately affect patient outcomes in terms of the rate of successful arthrodesis."

While spine surgeons are very confident in their ability to place pedicle screws, Dr. Moazzaz believes Renaissance's enhanced accuracy will become more widely adopted and eventually the standard of care. Additionally, the technology is currently solely used for the thoracolumbar posterior spine, and Dr. Moazzaz sees it being used for the cervical spine in the near future.

"We have begun using it in select cases for C7 pedicle screws," he says. "Also, the Mazor Robotics Renaissance technology is currently procedure-specific, for example, placing screws in the spine to achieve fusion. I believe that as robotic technology evolves, it will focus on being more problem-specific; for example, treating spinal stenosis by not only allowing the surgeon to place screws in the spine, but also aiding in performing a decompression of the neural elements and placing an interbody cage."